The North Carolina School Superintendents’ Association (NCSSA) has announced the selection of Dr. Tanya Turner, Superintendent of Perquimans County Schools, as the recipient of the Dr. Dwayne Stallings Leadership Award. The award is presented in honor and recognition of a superintendent who has demonstrated a strong dedication to public education, commitment to academic excellence, and a continual focus on professional growth and student learning.

This award is presented to a superintendent serving a school district in northeast North Carolina who is a member of the Northeast Regional Education Service Alliance (NERESA). NERESA is a professional alliance that supports and enhances educational services and resources for the member districts. These include facilitating professional development opportunities and promoting communication between the districts and state agencies, professional organizations, elected officials, and educational leaders.

The award is named in honor of Dr. Dwayne Stallings who was serving as the Executive Director of the NERESA at the time of his death on August 9, 2020 at the age of 63.  Dr. Stallings began his career in education teaching in the Chowan, Gates, and Pasquotank school districts. He later served in the Perquimans County School System as the Assistant Principal of the High School, Principal of Central Elementary School in Winfall, Principal of the High School, Assistant Superintendent, and lastly as Superintendent. Dr. Stallings also served as an Adjunct Professor at ECU after retirement.

I am humbled to receive this award given in honor of Dr. Stallings.  Dr. Stallings was respected and admired by everyone.  He always encouraged me throughout my career to go to the next level and to pursue becoming a superintendent.  His leadership serves a model for me and for others to follow,” said Dr. Turner.

In selecting the award winner, the following criteria were considered:

Commenting on Dr. Turner, NCSSA Executive Director Jack Hoke said, Dr. Turner exemplifies the traits that guided Dr. Dwayne Stallings career in educational leadership. She has demonstrated a strong dedication to public education, commitment to academic excellence, and a continual focus on professional growth and student learning for the Perquimans County Schools.  She is very deserving of the leadership award honoring Dr. Stallings.

Dr. Turner was named Superintendent of Perquimans County Schools in May, 2019.  Prior to that, she served 18 years in the Edenton-Chowan School System as an Assistant Superintendent, Principal, Assistant Principal and Director of Teacher Development and Testing.  She earned her Doctor of Educational Leadership from Wingate University, a Masters in Supervision and Administration from East Carolina University, and a Bachelor of Science in Elementary Education from Methodist University and she is a graduate of Perquimans County High School.

Congratulations to Dr. Turner on this well-deserved recognition! 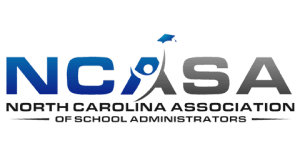